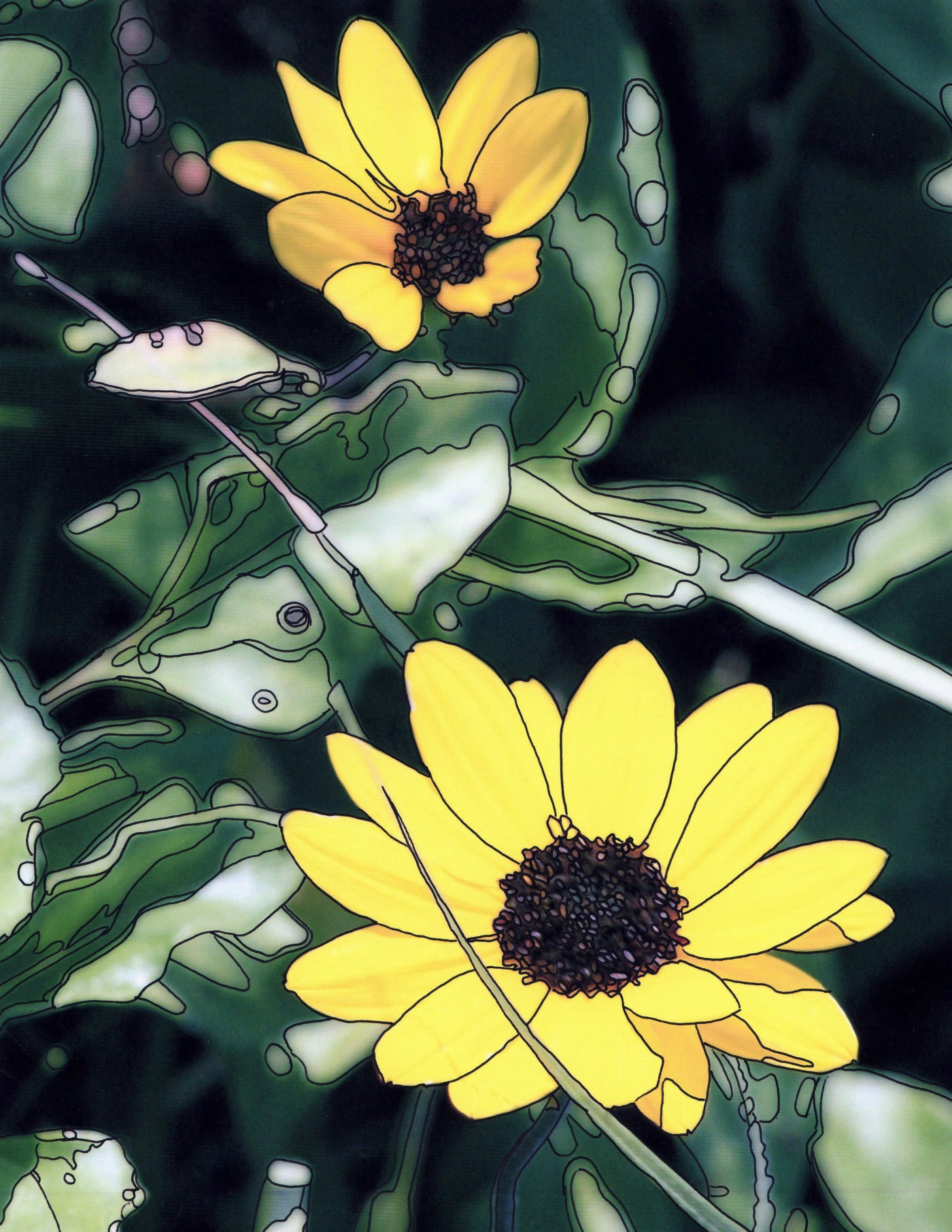 Examples of “The American People” (TAP) statements are ubiquitous, so common as to furnish a factual basis for a possible new branch of political sociology. The civics student could, for example, record and analyze TAP references of a favorite politician, government official, or political party over a significant period of time and analyze the results. Special attention would necessarily have to be given to the connection between TAP references and specific issues, and interpreted by context, options, risks, and outcomes. Connections to election outcomes would provide a particularly fertile area of study. Perhaps the types of TAP statements invoked in a fierce political campaign eventually approximate a bell-shaped curve in frequencies of citation.

Despite the cynicism TAP references justifiably earn as political jargon, they on balance are a civic good and a valuable practice. They show, for instance, that the politician is committed to democracy, appears to have the public welfare in mind, claims to be a public servant, and promises to serve the national interest rather than narrow self-interest. TAP references hint also that elections are not far away and that voters—the citizens—are the ones who determine the outcome. TAP references also have utility as stalking horses; letters, calls, and editorials provide a check on the going stock of likenesses that the alert politician might choose to invoke. The candidate is thereby encouraged to desist from some characterizations and to emphasize others, refining the more inspiring and evocative possibilities in transit. Even fatuous acclamations of the qualities of the citizenry thereby attain status as a kind of rhetorical art form. Besides, citizens want to hear what their representatives believe the nation stands for and what its people want from them. The word people itself is well chosen; it conveys inclusion by location within national borders without legal test or consideration of region, employment, wealth, or social class.

All virtues considered, TAP references are best listened to by a suspicious auditor. Pollsters, consultants, and think tanks typically recommend citizen characterizations to client politicians only after considerable study, and embed such depictions within a sophisticated list of “talking points.” Politics is a highly calculative endeavor. The purpose of a TAP reference within this formulaic process is to claim national unity and broad acclaim for one’s views and policies, and to motivate backers. Attention Americans! Listen up! You’ll find your own thoughts, concerns, and interests in my words. You will benefit from these policies. When I speak of the reasonableness of the American People, I mean you.

Such a calculated and manipulative process rarely produces inspiring images of the American People, and looking around at what is presented in the media these days, it isn’t doing so now! We’re all experts on this subject. So make your own judgment. Around the period of the last presidential election, the dominant images on the winning Democratic side were ones that highlighted a war-weary, torture-sick, economically burdened, ready for change, hopeful, yes-we-can kind of people. Since the depth of the financial meltdown has been felt, the economic stimulus bill judged inadequate, and the Affordable Care Act derided as “Obamacare,” the Republican Party has been featuring angry, over-taxed, over-regulated, sick of government, constitution-loving, deficit-hating, tea-partying, we-won’t-take-it-any-more kinds of Americans. In the meantime, academics of varying persuasions are speaking of broke, out-of –work, deep in debt, poor folk, over-weight folks, one percent rich greedy folks, 99 percent over-taxed folks, compulsive consumers, celebrity chasers, and sports enthusiasts. Everyone with a microphone features the fearful, terrorized American, a favored image since the bombings of the pentagon and the twin trade towers. Also, questions have been raised about the future status of illegal immigrants, and whether children born in the United States to such immigrants should retain their American citizenship.

This gets to the nub of the issue: when Americans speak of Americans, they mean all Americans only at times of great national achievement—men landing on the moon, hockey team winning the Olympics—and, the opposite, at times of stunning national disaster—Pearl Harbor, the assassination of President Kennedy, 9-11-2001. Otherwise, Americans mean by Americans: people like me, people like us. My kind is ‘We,’ your kind is ‘They.’ ‘We’ minus ‘They’ is the U.S.A. There are at this moment about 310 million Americans as counted by the Census Bureau.  The estimates for 2009 indicated that 79.6% of Americans were “White;” 12.9% Black; 1% “American Indian or Native;” 4.6% “Asian;” .2% “Hawaiian and other Pacific Islander;” 1.7% “Persons reporting two or more races;” and, 15.8% “Persons of Hispanic or Latino origin.” The Census Bureau also reports that of the 79.6% White Americans, 65.1%, are not Hispanic.”

This curious set of racial and ethnic categories in the latest Census reports suggests some of the historical we-they splits the nation has experienced, but also gives indication of problems overcome and progress made. You can be counted as “White” and also as “Hispanic” because there is intense political concern about immigration from Mexico and other Central and South American countries, and yet thousands of Americans who have been in the country for decades are from those countries. But you can’t be officially counted as Irish, Italian, Hungarian, or European any longer, or labeled “Caucasian;” you’ll have to be “White,” Similarly, you can label yourself as “”Black” or “African American,” but you can’t be labeled “Negroid.” And, thankfully slavery is gone, hopefully forever. In the same vein, you can be “Asian” in this overall summary without being distinguished “Mongoloid,” and whether you’re from China, Japan, Korea, or elsewhere is no longer considered information of the first rank compared to one’s standing as Asian.

These distinctions of race and ethnicity are some of the bases of we-they rifts in American society. Others are gender, sexual orientation, age, education, income, employment, wealth, power, religion, region, incarceration status, and social class. On the one hand, Americans can be thankful for the two-party system since it encourages diverse citizens to pursue common political issues across lines of difference and to be moderate in their expectations. On the other hand, the two party system is working badly these days, and Congress worse yet, lost in a kind of you’re either on my American side or their un-American side, with the corresponding loss of civility and bi-partisanship this two-sided language suggests. The United States is nearing a ridiculous situation in which 50 percent of the electorate rejects the political philosophy of the other fifty percent. President Washington, the first President to speak about the dangers of excess partisanship would be deeply saddened and one suspects offended.

When political factors such as these are considered by partisan politicians, their characterizations of ‘The American People’ refer to fewer and fewer Americans, far short of all Americans. The representative speaker of TAP references means 310 million people minus those people, those people, and those people, equaling some remainder number of “us” mainstream Americans in the U.S. Each of us, for purposes of self-honesty and reflection, would do well to compute our actual number when we drop from our image of Americans the groups we disapprove of.

In other words, we’re dividing ourselves to death and hiding excluded people under the name of ‘All.’ This has been blatant practice in the treatment of African-Americans, Native-Americans, gays and lesbians, the incacerated, and street people. When commercial images are thrown into the mix, with their condescending images of older people, who always need rejuvenation just to handle their grandchildren, middle-aged people who should be asking their doctor about a new product if they are to enjoy life, when the time is right, and images of young adults, who couldn’t live without a beer, game, or party to make life tolerable, the erosion of national identity is palpable.

The problem of TAP references, as these examples suggest, is twofold: 1.) demographic divisiveness:  the practice of evicting some categories of Americans from one’s characterizations of all Americans; and, 2.) the paucity of vision and inspiration in our characterizations of the remaining Americans after the devalued categories have been banished from the fold. The problem of demographic divisiveness is not for a lack of visionary images in our history and literature. Besides the nation’s founding documents, we have Lincoln’s Gettysburg Address, de Tocqueville’s Democracy in America, Martin Luther King’s “Dream,” Roosevelt’s “We have nothing to fear . . .” speech, and much, much else. The problem is that we routinely debase ourselves under the claim of describing ourselves. We don’t seem to want visionary images. We appear to prefer images that keep people who scare us, whether citizen or foreigner, out of our Eden. We want our piece of America, and increasingly that land is behind fences, gates, and guard posts. In lessening our image of the American, we are diminishing our vision of America.

That’s not an issue we should expect politicians alone to solve. It is up to each American to develop in communication with others a vision of the country that is inclusive, benevolent and worthy of our founding documents, institutions, history, and promise. It would be a good start if we determined to always mean all 310 million Americans when we use the term The American People. In the United States, there is only one people and that’s the whole blessed mess of us, with all our wild diversity, lovely colors, and endless ingenuity. Let us take our inspiration from the fact that we share our precious citizenship in common.

3 thoughts on “The American People”