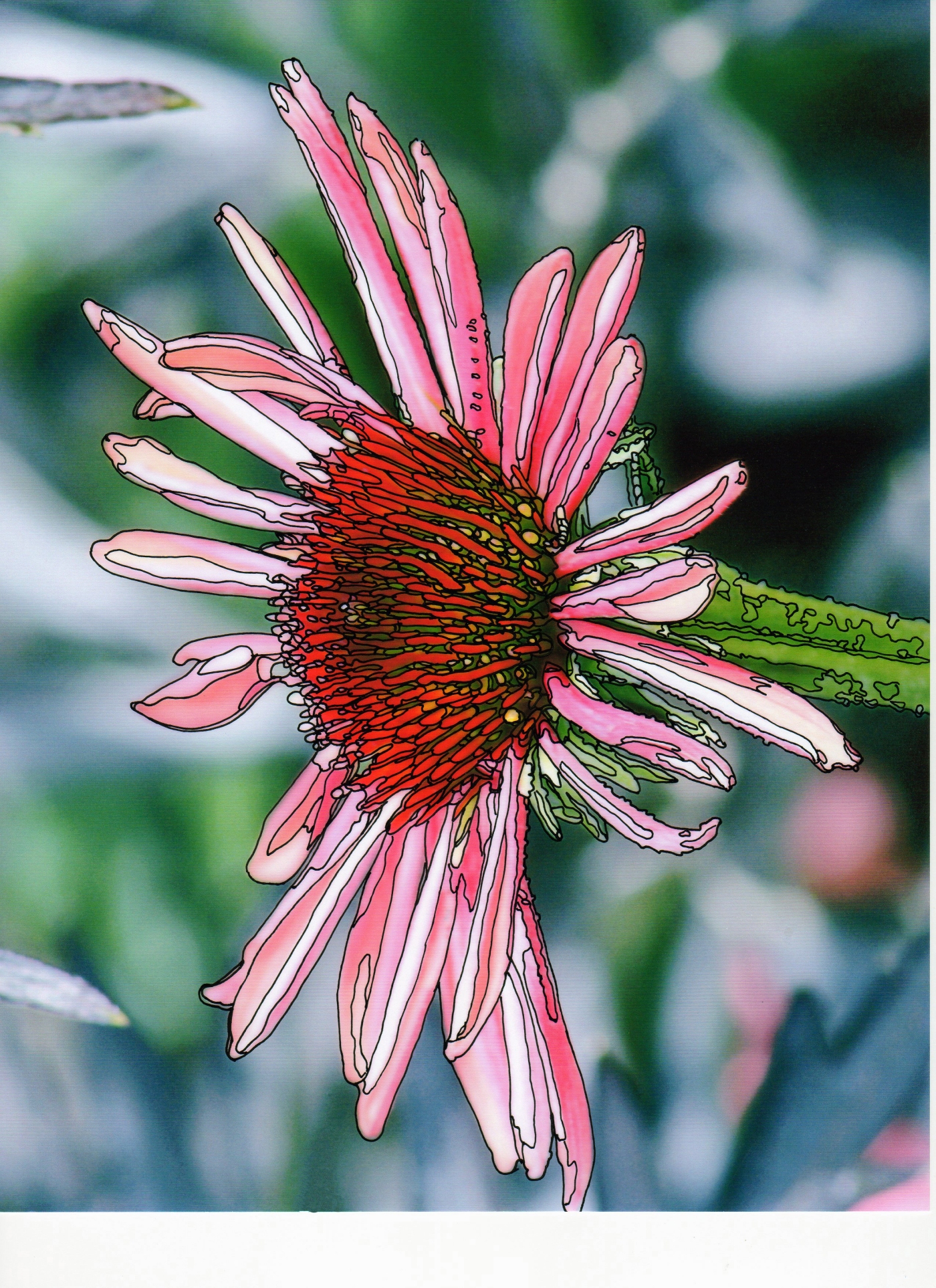 This is the second of two blog entries on Abraham Lincoln’s Message to Congress in Special Session on July 4,1861. The first, Lincoln’s American People, appeared in this blog two weeks ago. This entry examines Lincoln’s choice and use of the word “pretense” in an important paragraph framing the central concerns of his speech. Both essays were inspired by reading Adam Goodheart’s insightful book, 1861: The Civil War Awakening (2011), which includes ramifications for the 2016 election and beyond.

Here is the paragraph in which the word “pretense” appears front and center:

“And this issue embraces more than the fate of these United States. It presents to the whole family of man the question whether a constitutional republic, or democracy–a government of the people by the same people–can or can not maintain its territorial integrity against its own domestic foes. It presents the question whether discontented individuals, too few in numbers to control administration according to organic law in any case, can always, upon the pretenses made in this case, or on any other pretenses, or arbitrarily without any pretense, break up their government, and thus practically put an end to free government upon the earth. It forces us to ask, Is there in all republics this inherent and fatal weakness? Must a government of necessity be too strong for the liberties of its own people, or too weak to maintain its own existence?”

Lincoln is concerned about more than winning the war and restoring the union. His larger concern is recurrent civil war, further rebellion, secession happening again. If these eleven states can so easily break up the union, why won’t other discontented minorities abscond using the same pretenses? Our democracy may be fatally flawed.

It was noted in the first essay on Lincoln’s speech that the Civil War that ended at Appomattox Court House in April, 1865 appears to be still going on today at a low-grade, symbolic, yet fervent level. Slavery is gone; racism is not. The people are not a “We” in many important matters. The nation is split into two spirited camps. Alabama, Arkansas, Georgia, Mississippi, Louisiana, South Carolina,Tennessee, and Texas remain a red state voting block; a majority of their citizens will vote for the dictator-strongman style candidate, Donald J.Trump, poor testimony for democracy indeed.

Another way to state the issue: Lincoln’s concept of popular democracy and of a restored, optimally-functioning union lost the war. The Union won, but “We” lost. He should have been able through the work of his compatriots to win by now. Why? Because he is right. We praise his service, worship his image, and revere his words, but we won’t debate and learn from him. If we would do so, he would win and “We the People” could move ahead thoughtfully and wholeheartedly.

That’s my idea for this piece. Recap Lincoln’s argument on “pretense,” and invite citizens to complete the debate for themselves. If we all did that, and the Senate and House did too, perhaps on CSPAN, the nation could finally end and move beyond the Civil War. Here is the essence of the case stated in his words on July 4, 1861.

“It might seem at first thought to be of little difference whether the present movement at the South be called “secession” or “rebellion.” The movers, however, well understand the difference.”

“Accordingly, they commenced by an insidious debauching of the public mind. They invented an ingenious sophism, which, if conceded, was followed by perfectly logical steps through all the incidents to the complete destruction of the Union. The sophism itself is that any State of the Union may consistently with the National Constitution, and therefore lawfully and peacefully, withdraw from the Union without the consent of the Union or of any other State.”

“With rebellion thus sugar coated they have been drugging the public mind of their section for more than thirty years, and until at length they have brought many good men to a willingness to take up arms against the Government the day after some assemblage of men have enacted the farcical pretense of taking their State out of the Union who could have been brought to no such thing the day before.”

“This sophism derives much—perhaps the whole—of its currency, from the assumption, that there is some omnipotent, and sacred supremacy, pertaining to a State—to each State of our Federal Union. Our States have neither more, nor less power, than that reserved to them, in the Union, by the Constitution—no one of them ever having been a State out of the Union. The original ones passed into the Union even before they cast off their British colonial dependence; and the new ones each came into the Union directly from a condition of dependence, excepting Texas. And even Texas, in its temporary independence, was never designated a State. The new ones only took the designation of States, on coming into the Union, while that name was first adopted for the old ones, in, and by, the Declaration of Independence. Therein the “United Colonies’’ were declared to be “Free and Independent States’’; but, even then, the object plainly was not to declare their independence of one another, or of the Union; but directly the contrary, as their mutual pledge, and their mutual action, before, at the time, and afterwards, abundantly show. The express plighting of faith, by each and all of the original thirteen, in the Articles of Confederation, two years later, that the Union shall be perpetual, is most conclusive. Having never been States, either in substance, or in name, outside of the Union, whence this magical omnipotence of “State rights,’’ asserting a claim of power to lawfully destroy the Union itself? Much is said about the “sovereignty’’ of the States; but the word, even, is not in the national Constitution; nor, as is believed, in any of the State constitutions. What is a “sovereignty,’’ in the political sense of the term? Would it be far wrong to define it “A political community, without a political superior’’? Tested by this, no one of our States, except Texas, ever was a sovereignty. And even Texas gave up the character on coming into the Union; by which act, she acknowledged the Constitution of the United States, and the laws and treaties of the United States made in pursuance of the Constitution, to be, for her, the supreme law of the land. The States have their status IN the Union, and they have no other legal status. If they break from this, they can only do so against law, and by revolution. The Union, and not themselves separately, procured their independence, and their liberty. By conquest, or purchase, the Union gave each of them, whatever of independence, and liberty, it has. The Union is older than any of the States; and, in fact, it created them as States. Originally, some dependent colonies made the Union; and, in turn, the Union threw off their old dependence, for them, and made them States, such as they are. Not one of them ever had a State constitution, independent of the Union. Of course, it is not forgotten that all the new States framed their constitutions, before they entered the Union; nevertheless, dependent upon, and preparatory to, coming into the Union.”

“Unquestionably the States have the powers and rights reserved to them in and by the National Constitution; but among these surely are not included all conceivable powers, however mischievous or destructive, but at most such only as were known in the world at the time as governmental powers; and certainly a power to destroy the Government itself had never been known as a governmental–as a merely administrative power. This relative matter of national power and State rights, as a principle, is no other than the principle of generality and locality. Whatever concerns the whole should be confided to the whole–to the General Government–while whatever concerns only the State should be left exclusively to the State. This is all there is of original principle about it. Whether the National Constitution in defining boundaries between the two has applied the principle with exact accuracy is not to be questioned. We are all bound by that defining without question.”

The pretense that concerns Lincoln is unlawful claim to “states rights.” In Lincoln’s words: “what is … combated is the position that secession is consistent with the Constitution–is lawful and peaceful.” It’s not. Lincoln says much more on the subject in the speech, so a fair understanding requires the reader to read the whole speech, which is easily done by googling, downloading, and printing it. What I’ve quoted is sufficient to understand the contour and key arguments of his position. There is much of importance in the speech on a variety of subjects; it is we’ll worth the effort to read it.

The right of a state to secede is still an animated issue in Texas, with a number of efforts aimed in that direction over recent decades, and it is alive  elsewhere as well. Racism is very much alive too.

The inability to finish The Civil War is the dominant political fact limiting democratic government in our country. We are not a whole “People,” because we won’t admit that all Americans are actually Americans. Some of us are always “other” in the minds of the rest of us. We are not yet a country where “artificial weights” have been lifted;” where individuals are “unfettered;” where “a fair chance” exists for all; and “paths of laudable pursuit” have opened wide. We do not share Lincoln’s view of “a government whose leading object is to elevate the condition of men.” Economic, corporate, and security interests dominate over and diminish Lincoln’s understanding of American exceptionalism.

Consequentially we find ourselves in an election campaign ridden with fear, pretense, pseudo-events, sophistry, glitter, guile, conspiracy theories, and racism.

We need to prove to ourselves that “We” as citizens and a “People” actually exist. We need to invite our eyes to read, our minds to think, and our mouths to converse respectfully and intelligently. We need to value our government, and work to insure that it works for all of us and for the good of humankind. Debating with Lincoln’s arguments in his Independence Day message of 1861 is a useful and enjoyable educational exercise, and as such can be of value to all of us in these ongoing pursuits and troubled times.