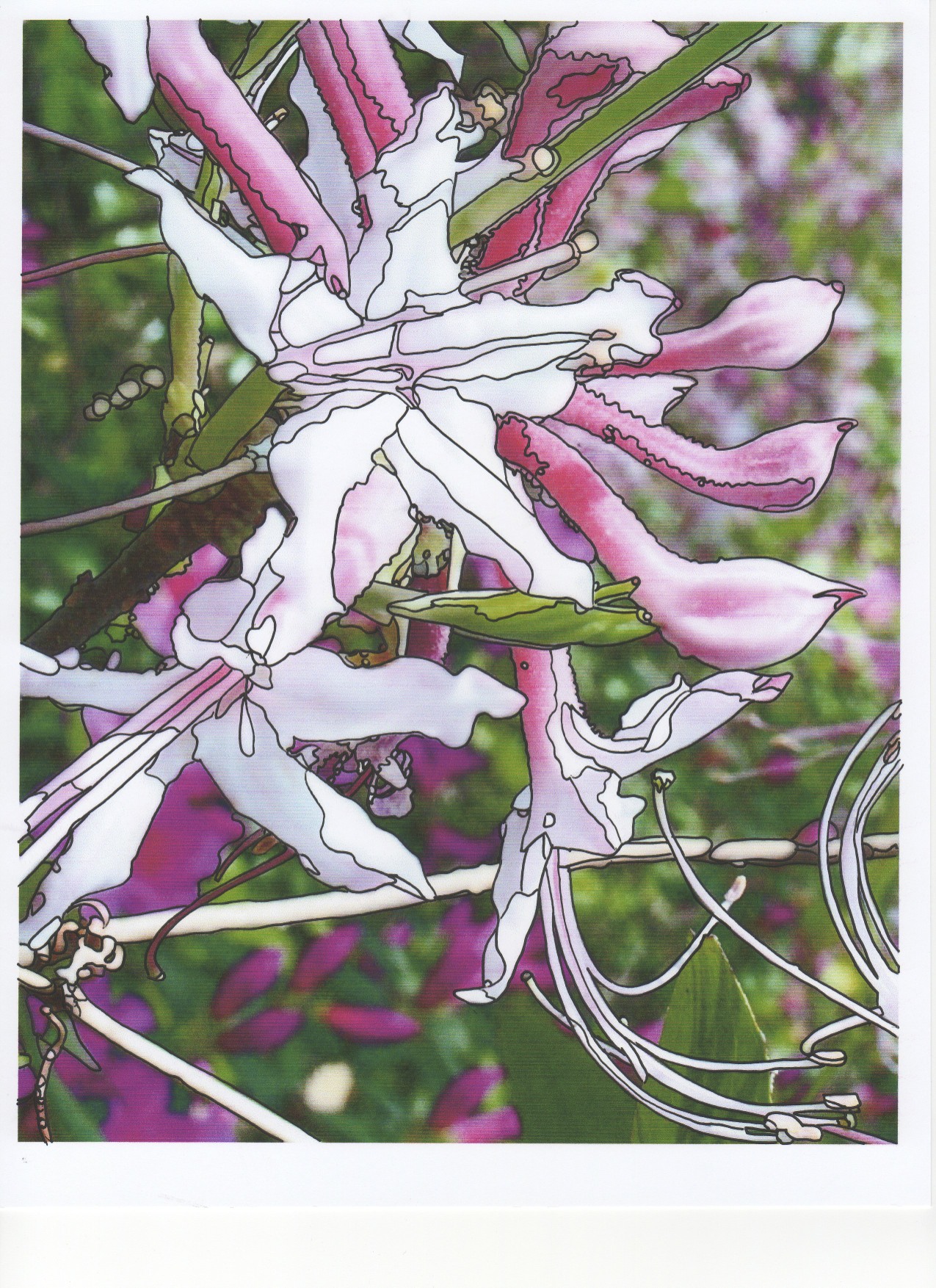 In Trumpster University Learning Lab 1, ten days ago, we found that no amount of disqualifications could be amassed sufficient to dissuade followers from voting for Donald Trump in the 2016 Presidential Election.

Today’s report on Trumpster University Lab 2 builds upon the first. It convened a select group of Trump voters dedicated to critical thinking and self-directed learning. As explained in the last blog, self-directed learning is a sound philosophy and method to employ in approaching matters of personal change and growth through learning. The adult citizen directs and conducts his own learning as a facilitator presents “situations” to reflect upon and address.

While people may not think of themselves in this way, every person has multiple selves, at least two, usually three, sometimes a virtual choir, all in the one person that bears his name. You’ll find these selves distinct enough in the silent talks you have with yourself (there are three selves engaged: the one that speaks, the one that hears, and the one that reacts and responds.) “I” act, “I” observe, “I” evaluate, “I” judge, “I” decide, “I” change. There are abundant selves interacting in the stages of any one thoughtful act. They provide enough self-reflection for the light to come in and change a mind. That’s all that’s needed: thinking, openness, honesty, light, insight, and the courage to change one’s mind.

It cannot be said that Trumpster University Lab 2 was a great success, such was the contention and contumely unleashed among the impassioned participants. Nevertheless, random results of some interest were produced, and they are reported here for the education and edification of the public. Questions for further study follow each summary for the self-directed learner.

Activity 1. – Trump Character Profile
It seemed likely that a ‘conversion’ or ‘compacting’ of Trump’s multifarious disqualifications for office into a personal characterization of the candidate could sharpen the issue and focus the voter’s decision making. Therefore, the following instructions were issued:

“Review the disqualifications for office of Donald J. Trump cited on Will’s list of 69 and on Keith Olbermann’s list of 176; then summarize Donald Trump’s character by applying fitting appellations and adjectives.”

The responses, in alphabetical order, were:

Activity 2. – Individual Voter Profile.
If each Trump voter inspected the Trump profile, fashioned a comparable profile of himself, and placed the two in mirrored opposition, a strong intuition of likeness or difference should arise, and he’d know why he had chosen to vote for or against the candidate. Therefore, the following instructions were issued:

“Construct a character profile of yourself and compare it with the one constructed for Mr. Trump. Then ask, If I voted for the Donald Trump portrayed above, do these labels apply also to me?”

Most participants were unable to construct a personal character profile of themselves. No one who completed the work was willing to share his product. The discussion soon turned heated. No precise correspondence exists between Mr. Trump and themselves, his voters assert; few of his qualities, if any, apply to them and their votes. “He’s one type of person; I’m another,” said one person. It was unfair, they protested, to hold up Trump’s profile as a mirror for their self-reflection.

Some voters said they disliked Mr. Trump intensely, but voted for him anyway, because “Hillary was worse.” Others said: “Supreme Court appointments were critical;” “Obamacare must be overturned;” “Christian values must be upheld,” “Liberals deserve defeat;” “Respect abroad has to be reestablished;” etc. “You don’t have to like him to vote for him,”one person explained.

In particular, Trump voters want it understood that they are not racist, bigoted, stupid, or anti-democratic. Neglected and overlooked? Yes. But not racist, not deplorable. Liam intoned: “You’re kidding me! Of course you’re racist. Every American is racist!” Bad moment there.

There was one shared ‘aha’ of some importance. It dawned on everybody that their life was nothing like Donald Trump’s, and vice-versa, his life was nothing like theirs, or, for that matter, like anybody else they knew! He was a world-class businessman and global billionaire who lived in a tower and owned his own planes. The love of golf was one thing some professed to share with him.

Activity 3. – Reasons for Voting for Trump.
Instruction to participants who voted for Mr. Trump:

“Explain in your own words why you voted for Donald Trump.”

The answers were: “Hillary’s worse” (4 times); “Time for change;” “Shake things up;” “Straight-shooter;” “No bull;” “Love to hear him tell off the politicians;” “Give hell to the Beltway guys;” “He’ll drain the swamp;“ “No political correctness;” “He’ll drive the bleeding heart liberals nuts;” “He understands what people like me are going through;” “Got to do something about ISIS and terrorism;” “He’ll rebuild our military;” “To do something for the rust belt;” “To get some respect back for the nation;” “Stop illegal immigrants;” “Do something about radical Islam;” “Help the rural areas;” “He’ll help the veterans;” “We need someone strong and tough;” “He will end Obamacare;” “He’ll stand up to China and get our jobs back;” “He will negotiate better trade deals;” “He’s not a politician;” “He’ll save us money;” ”you can’t buy him;” “He’s beholden to no one;” and “He says what he thinks.”

Activities 4. and 5. –  Logical and moral reasoning. These activities, frankly, didn’t come off at all. The discussion broke down shortly, then completely, and the workshop ended. For the record, though, here are the original questions. I’ll try too to explain what happened.

In the interests of understanding the background story that led to your decision to vote for Mr. Trump, please translate the summary reason cited for your vote into a set of logical propositions: A, B, C, D, . . . to Z, where “A” begins: “I was very concerned about issues affecting me, my family, and community,” and “Z” equals “therefore, I voted for Trump,” with B,C,D,E,F,.…Y filling in the intermediate arguments in a causal chain telling the story logically from A to Z.

Trump voters insisted they had already given their full reasons for voting for Mr. Trump, and that nothing more need be added. That is essentially what happened. There is no long string of logical reasoning behind their votes. There is no extensive moral reasoning either. One person spoke for many in saying: “You like him, you vote for him! No big deal.” Another person, who hadn’t previously spoken, said “I hate the guy, and Hillary too, but I voted for him because he’s Republican, as am I.” Others jumped in: “Right,” it’s “the court picks;” “Obamacare;” “religious freedom;” “the Iran treaty,” “respect for America around the world,” “runaway immigration;” “broken borders;” and “law and order.” Another person reported that he “just wanted to shake things up and see what happened.” There was nothing more to talk about than that!

I have been unable to find even one good reason to vote for Donald Trump. I can certainly understand why people whose profile of attitudes and sentiments overlaps his did vote for him. But those would be voters who voted for bad reasons. If Mr. Trump’s ascension is truly a populist movement, that movement is fundamentally fearful, resentful, misogynist, bigoted, racist, and white supremacist. Much has been made of the rural, rust-belt voter overlooked by politicians, elites, and government. I have great sympathy for them, and would welcome a rural renewal act and an infrastructure jobs bill in the next Congress. But rural areas have been in decline for decades, including the years when my family lived in Washington County, Maine. More to the point, the complaints of rural people in this election were mostly about “other people,” people they for whatever reason resent and fear. It wasn’t so much about their own pocketbook issues.

Nothing is as nonsensical as the “vocabulary of reasons” the campaign generated for voting for Trump and against Clinton. As indicated, these “reasons” tended to be isolated, sing-song, catchphrases that embodied more than a little craziness, weirdness, and banality. It was like a cockfight out there, with fans on both sides of the ring casting hurtful word slugs at one another. It is terrifying to conclude that millions of voters may not even have known what they meant by the reasons they cited for their votes. Their overarching “reasons” lacked a discernible storyline and trail in logic and and ethical reasoning.

Nothing is more fundamental to democracy than the right to vote. Of the various possibilities for the 15th Amendment in 1869, I would have preferred a fourth more liberal version that included women. It would have read:

Section 1. Citizens of the United States have the right to vote when they attain the age of eighteen.

Section 2. The Congress shall have power to enforce this article by appropriate legislation.

All adult citizen should have the right to vote. No competency test short of total mental incapacitation should be allowed. The citizen might be ignorant, illiterate, uneducated, simple-minded, incoherent, inconsistent, newly arrived in town and state, naturalized yesterday, and in jail, and still possess, in my opinion, an inalienable right to vote. Such a right, and the responsibility that goes with it, is entirely the voter’s, a matter of civic pride and self-respect. No external agent should try to force civic duty. The obligation is personal and private, some would say sacred. As to my efforts and questions about your vote, let’s be clear, it’s none of my business. Tell me to keep my adult education ideas to myself if I bother you too much. It’s your right, and lots of good and brave people sacrificed their life for it.

But that said, I think the 62 million or so people who voted for Donald Trump made a mistake and let the country and themselves down. I hope over the coming years each of them questions himself honestly and ruthlessly in the inner sanctum of his mind to clarify his thinking and, most important, do better next time.

The election is over and the circus animals are out of their cages, loose in the world. Any observer can see from his cabinet picks that rural America and American workers are the farthest concerns from Mr. Trump’s mind. Citizen participation and future elections are what counts now. All the open minds and good voices out there in the nation will be needed to protect the Constitution and preserve democracy from the storms that President Trump will soon unloose upon us to roil and rumble across the land.

This is the third in a series on the 2016 Presidential election.